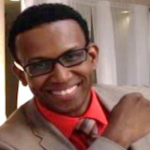 Dr. Darwin Dorestan, MD, is the Project Director of the Drug Dispensing Points (DPP) project of the TIDE Haiti program.

He graduated from medical school in 2007 at the School of Medicine of Université Notre Dame d’Haïti.  His fellowship in the Infectious diseases department of Professeur Schmitt at Centre Hospitalier Universitaire d’Amiens in France guided his passion for ID In September 2004.  He made his social service in remote area in Artibonite, under the supervision of MoH, Service Œcuménique d’Entraide and Albert Schweitzer Hospital, at Désarmes and La Chapelle.  He became Director of Health Center of Désarmes and Vice Director of Health Center of La Chapelle, the only health institutions of the area for 80,000 people.

He started to work for Albert Schweitzer Hospital in January 2008 as the TB/HIV-AIDS Coordinator, where he ran several programs for AIDSRelief (PEPFAR), Global Fund (Rnds 1,3, 5, RCC), Acmon and Figueras, and Abbott.  He supervised clinic, psychosocial, and community activities. He developed the community integration approach of the voodoo priest into the HIV and TB Programs, because he realized people with HIV/AIDS and TB preferred to go to the voodoo priests than to come to the HIV Clinics.  It was a successful approach and a Switzerland team even made it part of a documentary: “Where is the exit? www.rollingturtles.com/rollingturtles/Haiti.html. He received an Award from AIDSRelief as the best HIV-AIDS Coordinator of Year 5.

In August 2009, he joined the Institute of Human Virology at the University of Maryland School of Medicine as the Clinical Program Manager for AIDSRelief project in Haiti. He then became the Technical and Operations Director for UMB’s CIHEB program in Haiti.

Under his leadership, several programs were successfully achieved in Haiti, such as HPRI – an infectious diseases training program for physicians and nurses, a national lab support program, and technical assistance to HIV care and treatment sites.

For decades he led an exceptional team of clinicians and nurses, and a robust administrative and financial staff. He also provided support to faith-based and public facilities, the national lab in Haiti, and continues to work in close collaboration with the Ministry of Health in Haiti, through the HIV National Cluster, and the TB program. There, he helped with the elaboration of the dissemination of the HIV national guidelines (2010, 2013, 2016, 2017).

Dr. Dorestan has received several leadership awards from his community and his work is focused on behavioral science, gender differences, and care in HIV and TB programs.  He is member of the HIV National Cluster in Haiti and helped with the elaboration of the dissemination of the HIV national guidelines (2010, 2013, 2016, 2017)